ATWATER VILLAGE — Atwater Village, which resides east of the 5 freeway in Los Angeles, is still too far away. Last night, Los Angeles residents James and Caitlin Murray drove to Atwater Village for a friend’s birthday, which was being held at the friend’s house off of Perlita Ave. Having never been to Atwater Village, the Murrays were excited to go but it took them nearly an hour to get there and the experience was anti-climactic. James told reporters that “Atwater Village is supposed to be cool and hip, but it’s actually just kind of run down with some hipster-esque shops. It’s really nothing special.” Caitlin chimed in, saying, “We hear all the time about people moving to Atwater Village, but my question is ‘why?’ Sure, there’s places like Canale, but I can get amazing French toast ten minutes from our house in Mid City. It’s just too far to drive. You might as well be living in Rancho Cucamonga.” Caitlin was in a particularly bad mood and added, “Next time our friend has a birthday, I’ll offer to pay for her dinner in Los Angeles, just so we don’t have to drive out here again.” 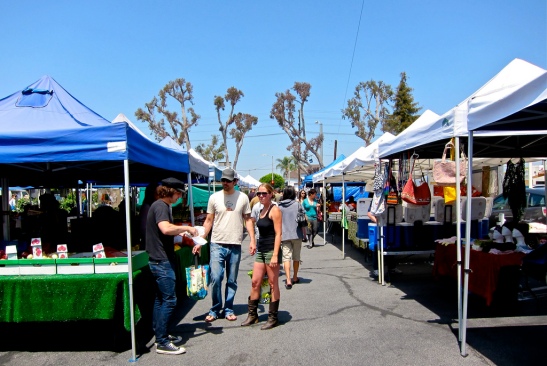 This entry was posted on May 12, 2013 by richardonthego in News and tagged atwater village, canale, mid city.